Towards a Stellar Management Team 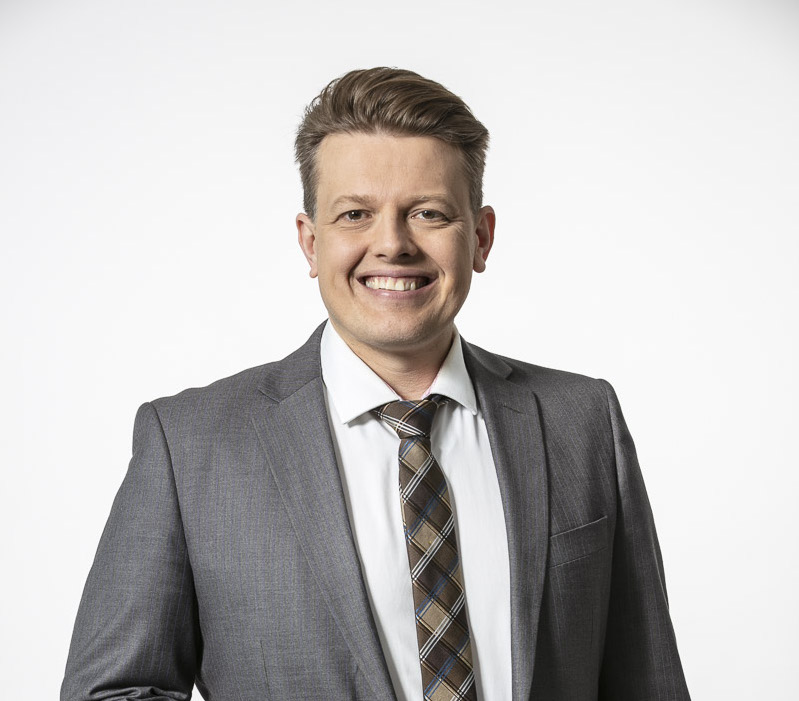 In this article executive coach Vesa Ristikangas from BoMentis ltd. describes the stellar team framework – the guiding star model. The framework is a formulation of multiple different top team theories and approaches, in addition to practical knowhow from working day-to-day with teams. The framework has been utilized in particular in management team training processes.

During the past two decades I have seen a variety of management teams and their ways of behavior. These include teams with unresolved conflicts, tensions, and a need to evolve from a poorly functioning management team to a satisfactory management team. I have also met management teams, who in their daily lives have gotten used to certain underperforming standards, that are in need for a wake-up from satisfactory to good. In addition, there are teams, who have a good foundation and whose aim is in an even better team performance – a high performance team.

Regardless of the current state of the management team (poorly functioning, satisfactory, good, or high performance), development is always possible. It is a process that involves the whole group. The engine of change is the quality of the discussion in the management team, and how the words turn into deeds.

Influenced by our real-world experiences as management team executive coaches working with teams, combined with a variety of researchers knowledge (Katzenbach & Smith 1993, Hackman 2002, Lencioni 2002, Wageman 2008, Hawkins 2017, Clutterbuck 2019), we have come up with The Stellar Team Framework – the Guiding Star Model (Ristikangas & Rinne, 2018, Routledge) (Picture 1). The model describes the goals to which each management team should focus their development efforts – independently or with the help of external actors.

What are the characteristics that a team should possess to be described a true stellar team? 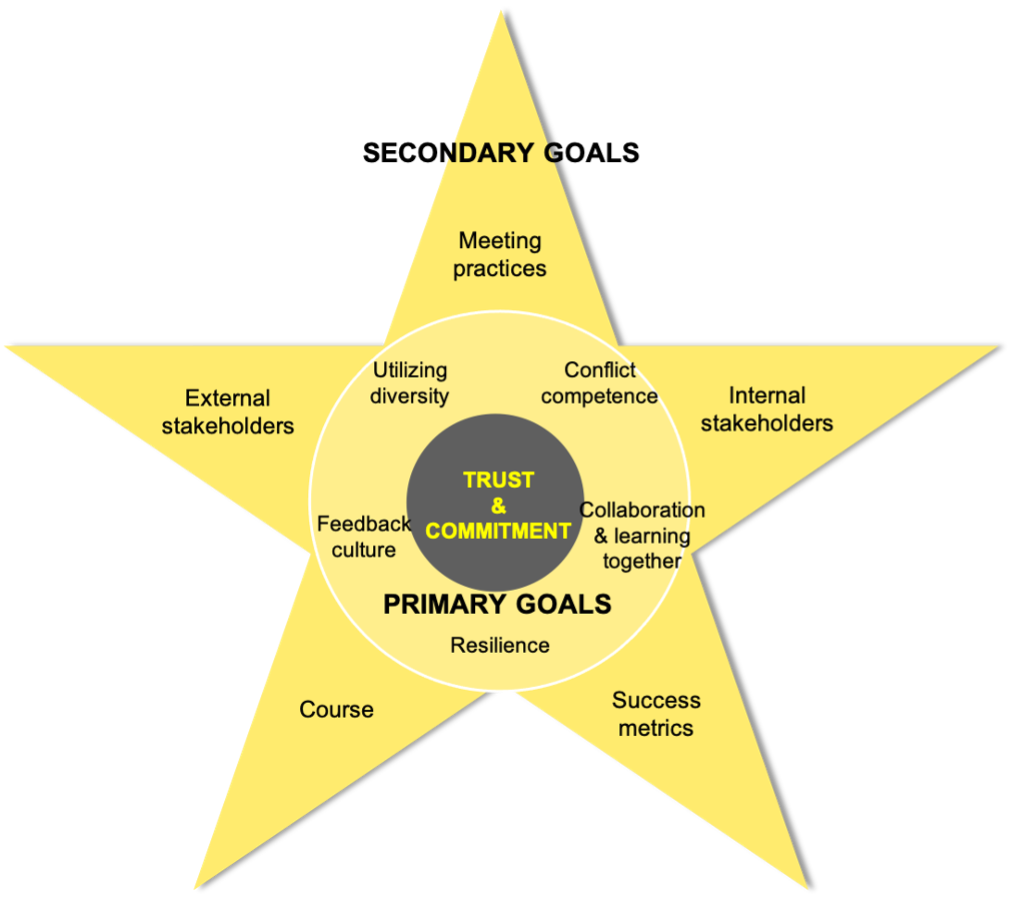 The Goals of the Stellar Team

The secondary goals include topics related to the operational management of the company, i.e., how to take into consideration both the clients (external stakeholders) and personnel (internal stakeholders) in decision-making. In addition, there is a need for aligning direction, goals (course), and regular evaluation of success (success metrics). The building blocks of team performance is set when the final secondary goal – meeting practices – are in place. Sounds good. Many management teams would be pleased if these areas were in order.

I know that quite many management teams would be satisfied if the above mentioned five goals were well-functioning. I agree that those goals are the essential parts of every management team. The five secondary goal areas and form the basis for the management team’s work.

BUT. They are not enough. Unfortunately, most management teams use their time and energy to improve these secondary goals – only.

If attention is merely on operating according to secondary goals, the management team can never be a stellar team!

To reiterate, focusing on polishing the course, internal processes, customers, and employees are simply not enough. A significant part of the potential in the management team will not be utilized if the primary goals, the goals within the cortex of the star, are left unattended. The primary goals direct the team’s attention to HOW it is working as a team – together. Paying attention to these goals is crucial – for any team, as they form the grounds for good teamwork.

The cortex of the Guiding Star Model is formed by the primary goals. The way to explore and develop the management teams’ primary goals can be initiated through, e.g., reflecting the following questions:

Developing the management team – the core of success

The core of the Guiding Star Model has still two important goals; 1) individual commitment to the joint goal, and 2) trust and psychological safety inside the team.

The ultimate prerequisite of a Stellar Team is that joint goals are its priority. These goals steer the behavior and the choices made by each Stellar Team member. If the individual goals and the unit’s goals are more important than the teams’ joint goals, real synergy and the full potential of the team won’t get activated. Guided by the joint goals, all team members are effectively also interested in their colleagues’ performances. The focus is not anymore on strengthening one’s own silos, but instead in building cooperation across functions. Success requires everyone’s input. It is also important that nobody is left alone. If the team faces challenges, the team will face them together.

Finally, the performance of a stellar team is culminated in the level of trust within the team. Further, trust shouldn’t be discussed merely as a generalized concept, but it should be decoded into parts and become concrete day-to-day actions.

This way, by having open and honest discussions about trust, the feedback culture within the team is also developed. Furthermore, the more honest and open feedback is given, the better the level of trust will become. When trust is strengthened, the management team has taken an important step towards a stellar team.

The Stellar Team Framework – the Guiding Star Model also offers an excellent starting point for management team development. The Models’ five secondary and seven primary goals are the guidelines for each management team to develop and to evaluate the teams performance.

Stellar Team Analysis, Systemic Leadership Pulse©, SLP© is a group of feedback tools created to develop and assess the team. They are based on the framework presented in the book Stellar Management Teams (Ristikangas & Rinne, 2018, Routledge).