Measuring and evaluation of coaching 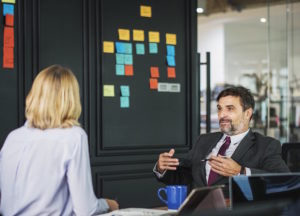 It is generally true that ‘what gets measured, gets done’, more importantly, measurement helps participants and programme coordinators identify areas for improvement in both process and performance of developmental practice; and acts as a spur to participants to review the learning relationship, with the frequent result that they are re-energised.

One of the common outcomes of measurement and review in mentoring programmes, for example, is that both mentor and mentee realise how much both they and the other person are benefiting from the learning dialogue. As a result, any concerns about taking up too much of the other person’s time quickly dissipate and both the frequency and also the quality of interaction increases.

In the context of development relationships, there are three perspectives or levels at which it is helpful to establish the habit of measurement.

The first of these is within the learning relationship itself. The quality of learning by both the coach and the coachee can be enhanced, along with their commitment to the process, if they give and receive feedback on how well the learning process is working.

The second level at which measurement can assist the development of a coaching culture is within the team.

The third level of practical measurement relates to the organisation’s progress towards culture change objectives, which encompass the widespread coaching behaviours discussed in the previous four chapters. Here top management and human resources want to know how well the coaching culture is becoming embedded, and where, so that it can take action to reinforce attitudinal and behavioural change, improve support systems and raise the skills levels of all those engaged in coaching and mentoring.

Level One: Quality of coaching within the relationship

One of the recommendations of the International Standards for Mentoring Programmes in Employment is that all pairs should undertake frequent reviews of the quality of their relationship, starting after a couple of meetings, where one of the key topics is the degree of rapport each person feels they have with the other. Without rapport, the relationship will typically deliver very little by way of positive results. In many cases, this frank discussion reveals hidden barriers to collaboration and rescues what might otherwise have become a failing relationship.

Rapport is important in coaching, too, although boss and direct report, who do not have a high level of rapport, but who do demonstrate respect for each other, can achieve significant learning. But it’s only one of a number of factors, which can make a difference to the quality of the relationship – and hence of the learning – in any developmental alliance.

There seem to be two perspectives, against which to measure the individual coaching relationship. One relates to the quality of the relationship and is equally relevant whatever the formal relationship between the parties. It applies equally to pairs where the coach is the learner’s boss, peer or someone from outside the team. The other relates specifically to the behaviour of the team leader as a coach. We provide below examples of questionnaires that address each of these perspectives.

Level Two: Coaching within the team

Within the team, the coaching culture can usefully be a microcosm of that in the organisation as a whole. In practice, teams vary considerably in how supportive and enthusiastic they are about coaching behaviours.

The achievement of a coaching culture is a lengthy and gradual process, any diagnostic should allow organisations to see progress over time. There are a number of indicators which can be arranged in four levels, representing progressive stages on the journey.

These four stages we have named nascent, tactical, strategic and embedded.

At the nascent stage, an organisation shows little or no commitment to creating a coaching culture. While some coaching may happen, it is highly inconsistent in both frequency and quality. Top managers present poor role models and coaching behaviours tend to be abandoned in the face of more urgent, if less important, demands on managers’ time. Any executive coaching provided is uncoordinated and typically the result of severe performance problems with a few individuals or a status boost for senior managers incapable of (or unwilling to engage in) self-development. People tend to avoid tackling difficult behavioural or ethical issues, out of embarrassment, ineptitude, fear, or a combination of all three.

At the tactical stage, the organisation has recognised the value of establishing a coaching culture, but there is little understanding of what that means, or what will be involved. Top management sees the issue as primarily one for HR. There are systems in place to train coaches and/or mentors, and there are numerous discrete HR systems such as succession planning and appraisal, but the links between these and the coaching process are at best tenuous. There is a broad understanding among individual contributors and managers of the potential benefits of coaching, but commitment to coaching behaviours as integral to management style is low. People recognise the need to tackle difficult behavioural or ethical issues, but will only do so in environments where they feel very safe.

At the strategic stage, there has been considerable effort expended to educate managers and employees in the value of coaching and to give people the competence (and therefore confidence) to coach in a variety of situations. Managers are rewarded/ punished for delivery/ non-delivery of coaching, typically linked to formal appraisal of direct reports. Top management have accepted the need to demonstrate good practice and most, if not all, set an example by coaching others. They spend time getting across to employees how coaching behaviours support the key business drivers. However, while the formal coaching process works well (in part because it is measured), the informal process creaks at the joints. There are plans to integrate coaching and mentoring with the wider portfolio of HR systems and, at a mechanical level, these largely work. People are willing to confront difficult behavioural or ethical issues on an ad hoc basis and there are good role models for doing so with both resolution and compassion.

At the embedded stage, people at all levels are engaged in coaching, both formal and informal, with colleagues both within the same function and across functions and levels. Some senior executives are mentored by more junior people and there is widespread use of 360° feedback at all levels to provide insights, into areas, where the individual can benefit form coaching help. Much, if not most, of this coaching and mentoring is informal, but people are sufficiently knowledgeable and skilled to avoid most of the downsides to informal mentoring. Coaching and mentoring are so seamlessly built into the structure of HR systems that they occur automatically. The skills of learning dialogue are sufficiently widespread that people are able to raise difficult or controversial issues, knowing that their motivations will be respected and that colleagues will see it as an opportunity to improve, either personally, or organisationally, or both.